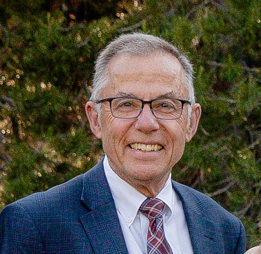 Michael Milward has been an attorney since 1981 and has worked in the end-of-life care and bereavement field since 1997. He did his legal studies at Santa Clara University and his graduate work in Theology and Spirituality at the Graduate Theological Union at UC Berkeley. He has worked with and been committed to grieving children and teens his entire career. He has also been a hospice chaplain since 2000. In 2012 he became the CEO at Hospice of Santa Cruz County on the central coast of California and served in that role until 2020. He currently serves as the CEO of the California Hospice Network and as a senior advisor to the National Partnership for Hospice and Healthcare Innovation (NPHI), a national collective of almost 100 nonprofit community-based hospices, all of whom have robust community grief support programs for children, teens and adults. He sees a necessary and natural intersection with and between these hospice programs and the collective mission of NACG.