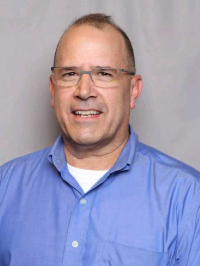 Jim Santucci, CPA, is a graduate of the U.S Military Academy. Jim served four years in the active duty Army as an Infantry officer with the 25th Infantry Division and later commanded the 227th Engineer Company while a member of the Hawaii National Guard. After his 10-year-old daughter died in 2008, he received support from Kara, a non-profit grief services agency in Palo Alto California. Soon after he began volunteer work for organizations advocating for pediatric palliative care (Children’s Hospice & Palliative Care Coalition, Coalition for Compassionate Care of California) and supporting bereaved parents and individuals (Kara, Lucile Packard Family Partners Group). In November of 2013, Jim became the Executive Director of Kara. In addition to his daily chief executive responsibilities, he is a peer group facilitator for parents who have suffered the loss of a child and serves annually as a counselor at Camp Kara (a weekend bereavement camp for children and teens). His non-profit service also includes time with Children’s Health Council in Palo Alto and over 19 years of operations management for two faith- based organizations. He is a Certified Public Accountant.